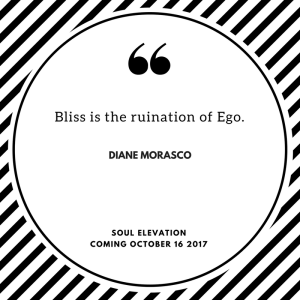 New York, February 4 2017/PRNewswire/ – Morasco Media announced today the October 16 2017 release of ‘Soul Elevation’ from Media Proprietor and Bestselling American Author Diane Morasco, author of the ‘Even Tough Women Can Crack Like Eggs Sometimes Series’ and ‘Inspirational Anchors to Ground You Through the Waves of Life’. Morasco is a wordsmith of the highest caliber. Morasco learned at an early age how the power of words can be used to elevate or perish a soul; unfortunately, as a child she was exposed to words that were more damaging than physical beatings. “My grandparents’ offspring did nothing but demonstrate how lethal their essence was. Yes, I understand they were addicts, broken beings and lost souls; however, that does not excuse the atrocities I endured. Sadly, to the outside world I was a pampered, spoiled kid who had things – things. While beyond the so-called picket fence I was terrorized with verbal exsanguination and sexually abused by a police officer uncle that crossed from child abuse to sexual assault since he continued until I was twenty-one. And then the man my heart gravitated to happened to be an addict. I always steered clear of that scene but with him, there was a gravitational pull. I believed our love was enough to get him through, so we started to build a life. We were going to make it official until his addiction exacerbated heightening his mental illness creating utter pandemonium, which caused me to pull away. I could not look at my reflection anymore. I was in an environment I promised myself as a little girl I would not place myself in. His volatile outbursts could not be contained anymore. I found myself retreating in the same manner I did as a kid. And when he resurrected something he did three years prior, I knew things were going to continue to escalate and I wasn’t going to make it out alive this time. Which leads me to my decision with my fall release, ‘Soul Elevation’. I am donating a percentage of the proceeds to help individuals affected by addiction and domestic violence. I have been inspired by two amazing spirits my Heavenly Father placed in my path who have been infinite blessings. Cinda and Jeremy have given me spirit fuel. I named the book to honor and thank Jeremy. Those struggling with addiction will be presented with funds to help them get back on track in his honor. As for the domestic violence portion, I am passing on the domestic violence proceeds to Cinda at Center for Life Management in New Hampshire. I will spearhead the animals and children affected by both addiction and domestic violence. It is my prayer that I leave a legacy of something good in a state which has given me such agony, yet has gifted me with even more awareness and growth. I have more scars on my essence from making the decision to leave Jersey and head to New England. My choice to take on a gig to provide a better life for my family resulted in the sudden death of my mom and the demise of a four-year tumultuous relationship. There are times I still blame the death of my mom on my decision to leave the Garden State. However, deep down, I know this was God’s way for me to finally heal and do what it is He created me for. Still, that doesn’t take away the ache I have encased inside because she will not be able to experience her daughter grow into the woman God designed me to be. As for the one I used to know? There is deep pain, not for me, but for him because when he realizes what he disintegrated, he is going to experience an agony unlike any he’s ever endured and it hurts to know it is coming from me. Then again, he may not ever realize because he answered the siren call of his addiction and it sunk its hooks in deeper.”

Diane Morasco plans on turning Soul Elevation™ into a nonprofit to continue helping those affected by addiction and domestic violence. She hopes to start a revolutionary movement with the birth of ‘Soul Elevation’ and as for the one who inspired her to take this new direction? “God gets all the glory first and foremost for His greatness and for placing a spiritual warrior in my path, who is an infinite blessing to me and will be to all those we will help. If Jeremy wasn’t on this planet I would have never received his powerful frequency. And for that, I am grateful with all my heart. He hasn’t a clue what he unearthed.”

Further details on ‘Soul Elevation™’ will be released as they become available.

Diane Morasco is a triple fusion ethnically – vanilla, caramel and chocolate – and creatively – designer, media proprietor and writer. And now, she can add bestselling author to the mix. Morasco was born in the juicy apple, in the Bronx. She jokingly coined herself, and smartly trademarked, Borough Babe™, after getting through the tough scenes in her debut novel, Even Tough Women Can Crack Like Eggs Sometimes, by listening to hip-hop music from her youth and from time spent with her hero, reason and former fiancé, the namesake of her publishing company, J Fox Ink™.

She has publicly stated, “Apparently, the Bronx Girl and Jersey City Cookie Cake needs this to get through these agonizing chapters. I am shaking my head ‘cause the lil’ Borough Babe™ inside likes to remind me of my formative years. Ya can take the chica outta of the BX but obviously, the BX isn’t having any of that Lawn Guy Land raised nonsense.”

Clearing the wreckage of her past, Morasco can finally concentrate on launching The Jacob Fox Collection™ by Diane Morasco, the clothing, jewelry and home décor line which was inspired by a man she once knew, who was “my reason for everything and who breathed life into me” before rebranding it as The Diane Morasco Collection™.

Morasco and International Bestselling Bahamian Author, Tanya R. Taylor are cementing the Morasco and Taylor brand further by collaborating on a horror series. ‘Threshold’ the first spine-tingling trilogy collection of short stories, in the vein of ‘The Twilight Zone’, will publish in 2017, with the next novel to follow in 2018 and the final novel in 2019.

Morasco has also teamed up with Tayla Jade of Tayla Jade Photography™, a remarkable visionary from the Sunshine Coast, Queensland. The two creative forces will be fusing their gifts with a line of inspirational décor and a series of coffee table books “to amplify the glow we all hold inside of us.”

Morasco and Taylor are also collaborating with a USA Today Bestselling Author on a holiday themed mystery slated for late 2017.

Morasco has two more collaborative projects set for 2017 but is keeping it close to the vest as her schedule may have to push back the joint ventures until 2018.

Morasco is working behind the scenes taking her Even Tough Women Can Crack Like Eggs Sometimes series on the road with speaking engagements and workshops. Morasco plans on stepping out of her comfort zone with elusive limited engagements later in 2017.

Morasco has film and television projects in development, a radio show to unveil in 2017, which is going to launch a sneak peek at the end of the year.

Spring 2014 she was asked to take over as co-author with a New England psychic with the J Fox Ink™ release, Medium Rare™.

September 2014, Ms. Morasco dropped the Medium Rare™ title to create, develop and license The Legendary Salem Medium™ brand for her client. She also became the author of the memoir she newly christened, The Legendary Salem Medium: Memoir, Musings and Magic. And in October 2014, Morasco temporarily relocated her family to a Salem, Massachusetts suburb to work exclusively with her client. In Summer 2017, Morasco will release, Snakes in the Garden: How My Faith, Intuition and Radiance Could Not Create The Legendary Salem Medium, about her experience with her former client. “I’ve been building my brand to provide an extraordinary sphere for my family with an intuitive spirit, a sharp eye and wise choices. Ultimately, it is my name on the company. I’m the Chief Cookie Cake. I’m not into parlor tricks, spectacle prophets or wickedness. I will not attach my name to anyone or anything that isn’t nourishment for my soul.”

Morasco first cut her teeth interviewing the immensely talented cast members of Eureka, Warehouse 13, and Sons of Anarchy, as well as Kurt Sutter himself, and countless writers, musicians, producers, directors, and a sundry of celebrities – including the dashing Simon Cowell. She counts Ron Howard, Eddie McClintock and the Sons of Anarchy cast and team members for inspiring her to spread her wings into the film and television arena.

She is the former Editor-in-Chief for Alwayz Therro Magazine, former reviewer for RT Book Review and Long Island Book Reviews, part of the now defunct Examiner. As her schedule permits, she will guest scribble for Blogcritics, which she credits for honing her skills.

Morasco likes to keep her professional life and her private life separate but above all else, she can be found spending time with her trio of blessings – Gin, Hope and Zeus, creating and traveling the globe. And now that she has partnered with Tanya R. Taylor in The Bahamas and Tayla Jade in the land of Oz, globetrotting is par for the course. She just has to figure out how to travel with her trio of blessings when leaving the states.

Founded in 2011 in New York by Diane Morasco, Morasco Media International Inc. ™ (MMII) transformed early 2012 into Morasco Media™ (MM) to respond to the demands of taking on clients. Morasco Media™ is dedicated to showcasing the media’s elite by leading and succeeding in an increasingly more engaged, more connected media environment with invigorating and unrelenting publicity, promotions and publication stratagems. 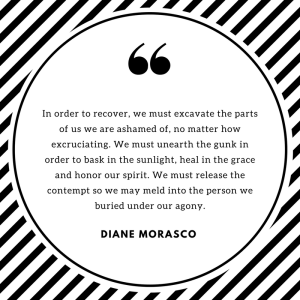 Goodnight, Sweet Dreams, I Love You: An Illustration of Unconditional Love (Even Tough Women Can Crack Like Eggs Sometimes, Book 3) 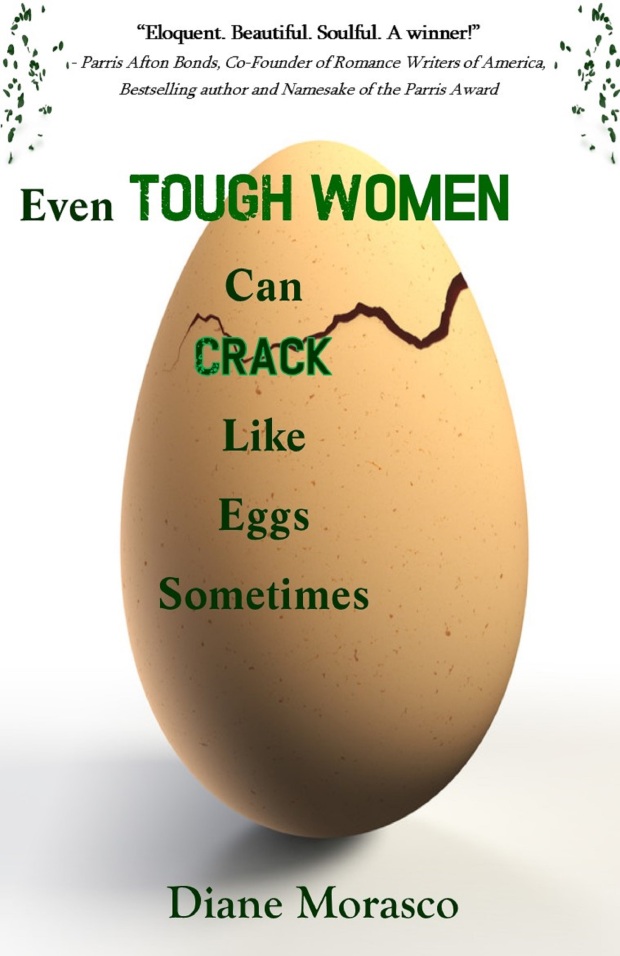 Although, the lovely, skilled and phenomenal storyteller, Tanya R. Taylor, may be missing a few strands of hair due to the charming, new kid on the author block…Oh! That would be me. ;-p

Goodnight, Sweet Dreams, I Love You: An Illustration of Unconditional Love (Even Tough Women Can Crack Like Eggs Sometimes, Book 3)  will be released November 29, 2016.